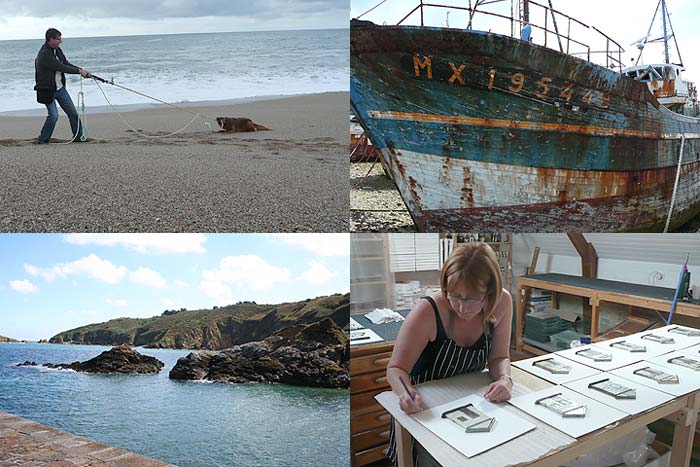 Richard is an established maker, recognised for his unique range of ceramics. He has worked solely with Raku since leaving Art College in 1984. Julie created hand-made textiles for about 15 years and also worked in arts and crafts development before joining Richard in his studio. Together they set up Goodwin-Jones Ceramics. In 2008 they moved to the beautiful pink granite coast of the Cote d’Armor region of northern Brittany. Since then Julie plays a more active role in the design and development of their work. In their spare time they are busy renovating the old farmhouse, barns and the ‘jungle’ they hope one day will become a garden. 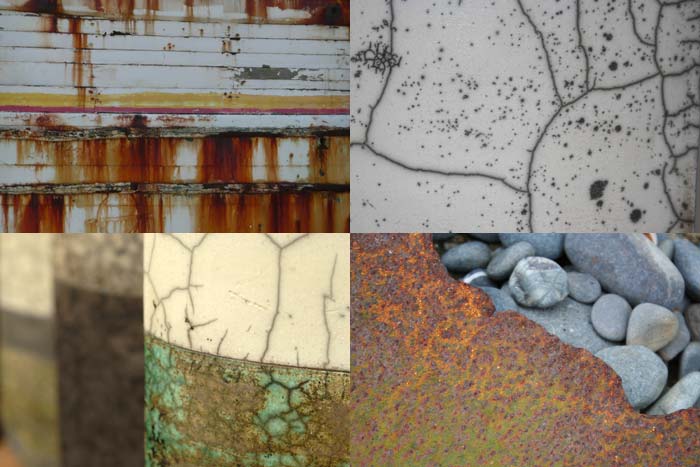 Their work is influenced by the colours and textures they find within the harbours, boatyards and coastline of Brittany and Cornwall, where they lived for 5 years before moving to France. In particular they love to photograph old working boats that have plenty of character - such as rusty hulls or colourful, distressed paintwork. They use this research in the studio to develop designs for new pieces. Richard uses the distinctive Raku technique to attempt to reproduce similar effects on the surface of his work. 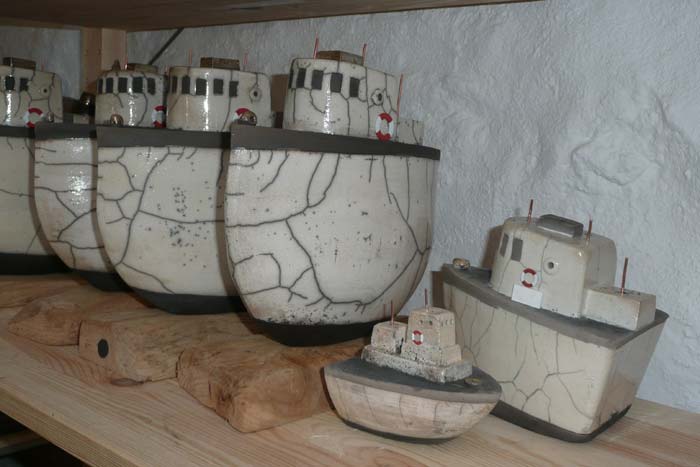 Richard has developed a range of stylised boats, which are made as framed 2-Dimensional pieces and 3-Dimensional pieces. All the pieces are made using a combination of hand building and press moulding techniques – as Richard enjoys the flexibility of constructing a piece from several sections of clay rather than throwing a piece on a potter’s wheel. He’s also introduced slip-casting techniques to help with the ever-increasing demand for his work. 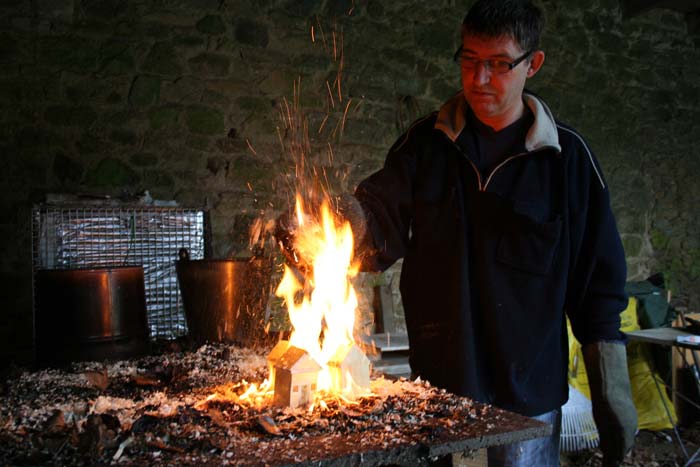 ‘Raku’ is an exciting process of firing clay objects that originated in Japan. Richard loves this method of firing because he can be more hands-on with each piece, all through the firing process. He uses a homemade gas-fired raku kiln. [This is a unique structure, built by Richard as a ‘temporary’ kiln – but it works so well he’s still using it 10 years later!] 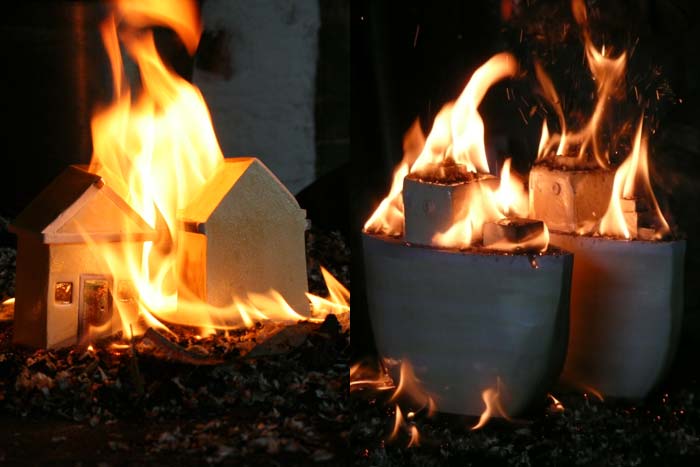 Basically, the glazed pieces are rapidly heated to about 1000°C. The items are then carefully removed from the kiln when they are glowing ‘red-hot’. Using long metal tongs and thick leather gloves, Richard lifts each piece out of the kiln and places it onto a bed of combustible materials [dried grass cuttings, paper, leaves, wood shavings etc]. The pieces are engulfed by flames and then quickly covered by a large metal tin - to reduce the supply of oxygen. Heat and smoke react with glazes to create the unique smoky black, crackle effect characteristic of Raku. 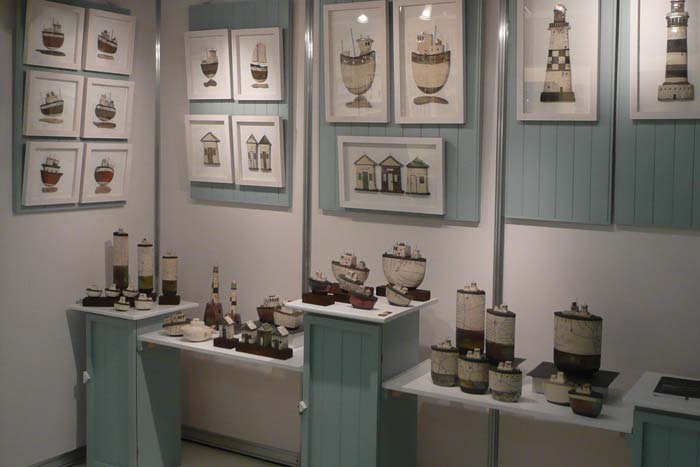 Richard prefers to make uncomplicated shaped pieces to focus attention towards the unpredictable Raku colours and textures. The final effects can be either subtle and understated or surprisingly rich and dramatic. In addition to the main collection of work featured on this website they also create one-off and larger items. These are made to commission or available as exhibition pieces.